Erin Riordan is a young poet I met at Marlboro College when I was asked to be her outside thesis advisor in her senior year. I remembered her well not only for her interesting thesis but because of her presence. I was not surprised to read later that she won the most compassionate person award or somethign like that. Since graduating from Marlboro, she is currently at Tassajara Zen Mountain Center--with it's legacy of many fine poet practitioners.  She is a writer and does marvelous ink washes. I thought she might like a bottle of our homemade Black Walnut ink (which we are sending her). I asked her to send some work to post on the blog and this is what she sent based on her studies. The ink washes are her own original work--Jacqueline Gens, 2014


正法眼藏第六十一
Treasury of the Eye of the True Dharma
Book 61

Once a monk asked the Chan Master Ciji of Mt. Touzi from Shuzhou, “Is there the song of the dragon in the driedtree?”
The master said, “I say there’s the roar of the lion in the skull.”1 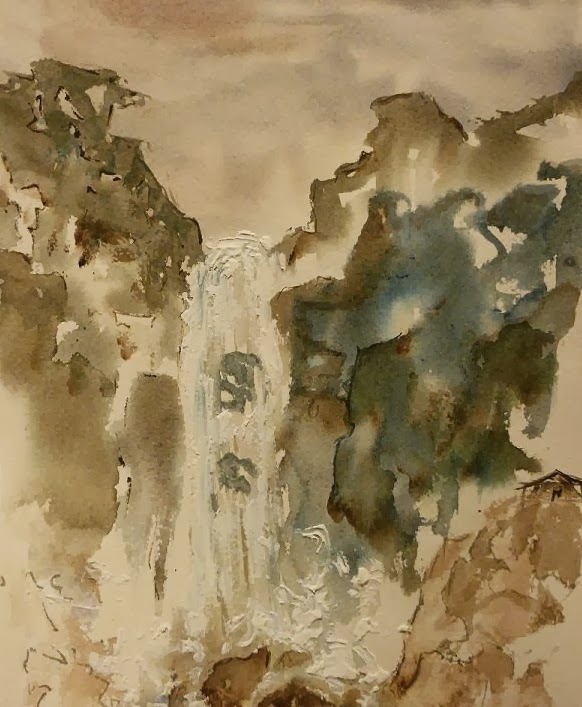 About “on the whole earth, there isn’t one who can’t hear it,” we should ask further:  leaving aside “there isn’t one who can’t hear it,” when there isn’t any whole earth, where is the song of the dragon?  Speak!  Speak!  “Well, what passage does the dragon cry?” should be made a question.  The crying dragon is itself raising its voice and bringing it up within the mud, is breathing it out within its nostrils.  “I don’t know what passage it is” is a dragon within the passage.  “Everyone who hears it loses his life”:  what a pity!

This song of the dragon of Xiangyan, Shishuang, and Caoshan forms clouds and forms water.  It does not talk about the way; it does not talk about the eyeball or skull:  it is just a thousand tunes, ten thousand tunes of the song of the dragon.  “Still harboring joy” is “the croaking of frogs”; “still harboring consciousness” is “the murmuring of worms.”  By these, “the blood vessel is not severed,” “the bottle gourd succeeds the bottle gourd.”  Since it is “not entirely dried up,” the columns conceive and give birth, the lanterns face the lanterns.8

正法眼藏龍吟第六十一
Treasury of the Eye of the True Dharma
The Song of the Dragon
Book 61
爾時寛元元年癸卯十二月二十五日、在越宇禪師峰下示衆
Presented to the assembly twenty-fifth day of the twelfth month of the first year of Kangen (mizunoto-u), beneath Yamashibu, in the domain of Etsu9
弘安二年三月五日、於永平寺書寫之
Copied this on the fifth day of the third month of the second year of Kōan, at Eiheiji10


The story is based on the koan Ryugin, or Dragon Song by Dogen.You can find a translation of it here:  http://scbs.stanford.edu/sztp3/translations/shobogenzo/translations/ryugin/translation.html. Original ink washes by Erin Riordan

Posted by Khandroling Paper Cooperative at 2:17 AM

We began February 2012 in the basement of the former historic Grammar Schoolhouse in Conway, MA. Over the past seven years we hosted numerous programs in paper arts. Many thanks to our founding members and generous faculty including Sheryl Jaffe, Brenda Lilly, Madeline Liebling, and Amanda Pollock and to all our supporters and artist friends for your support and encouragement. Please visit our blog here for inspiration. We thank you for your dedication and community. We are especially grateful to the founder of the International Dzogchen Community, Chogyal Namkhai Norbu (1938-2018) for his support in our mission. To learn more about the Dzogchen Community visit www.tsegyalgar.org
For information and current programming,
contact KPC director Amanda Pollock at amandamaze13@gmail.com. 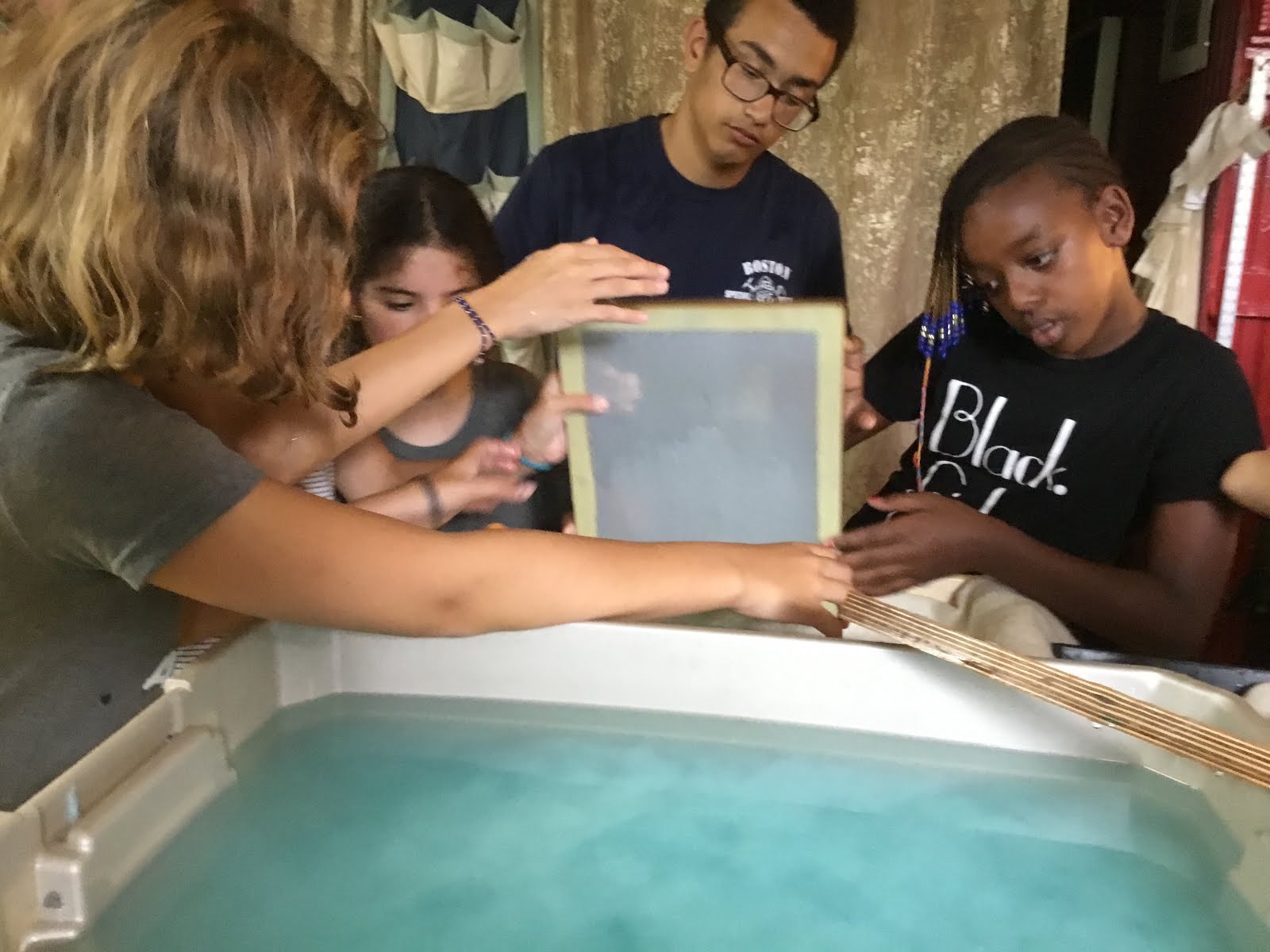 Sacred Papers Made During Summer 2017 Workshop 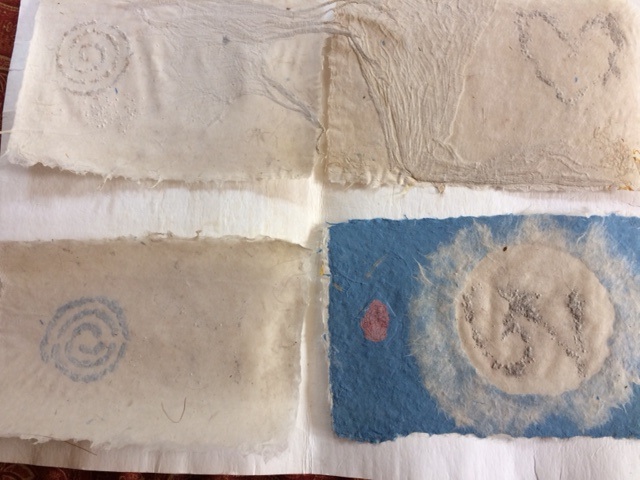 Past Open Studios and Workshops